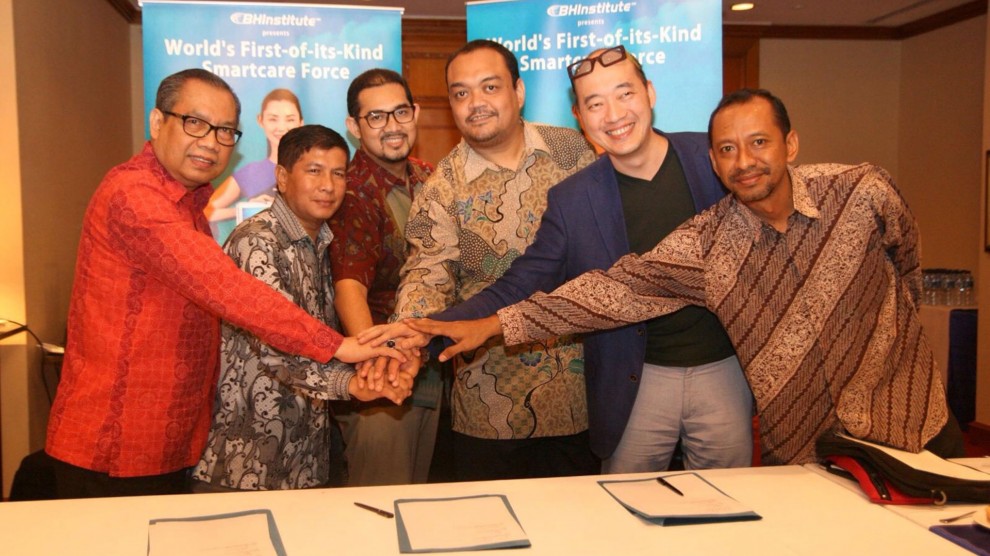 Borderless Healthcare Group inks an MOU with a caregiver training centre and a training certification organisation in Indonesia.

The program aims to support current domestic helper and caregiver program in Indonesia with a suite of Smartcare curriculum where trainees can access short courses anywhere via classroom, mobile and online platforms. Thousands of pages of easy-to-understand content in elderly care are already localised in Bahasa Indonesia to allow trainees to speed learn vital tips in elderly care. The platform also allows trainees to consult and share photos, videos or voice messages with online tutors securely via smart phones to enhance knowledge recall while practising care on the go.

The ageing problem in neighbouring countries such as Singapore is on the rise. A domestic helper agency in Singapore, Advance Link, has already signed up as a licensee to provide high-tech caregivers from Indonesia to Singaporean employers. “It’s about time we have such useful courses in Indonesia; this will help many Singaporean employers who have elderly at home,” says Mrs Winnie Wang, founder of Advance Link.

The current interactive caregivers’ training program, Medically Informed Minders, adopted by the Singapore government, is also an initiative from the Borderless Healthcare Group. The group aims to create a Smartcare eco-system powered by a new care force who can use technology to assist in home care and elderly care. Similar programs are also starting in China, where 200 to 300 million people are over the age of 60 and more than 90 percent of the elderly patients are ageing in place.

Most of the developing economies such as China and Indonesia do not have a mature healthcare infrastructure. With the threat of rapid ageing, the human resource-scarce healthcare sector will inevitably require a new form of care force to intermediate hospital care and home care. The emergence of high-tech caregiver supply-and-demand chain and Smartcare eco-system in the region can serve to alleviate the strain in the current hospital resources faced by many countries.